On October 15, 2017, Members of DSK Law participated in the 2017 Tunnel to Towers 5K.  The Stephen Siller Tunnel to Towers Foundation honors the sacrifice of firefighter Stephen Siller who laid down his life to save others on September 11, 2001.  The Foundation also honors our military and first responders who continue to make the supreme sacrifice of life and limb for our country. 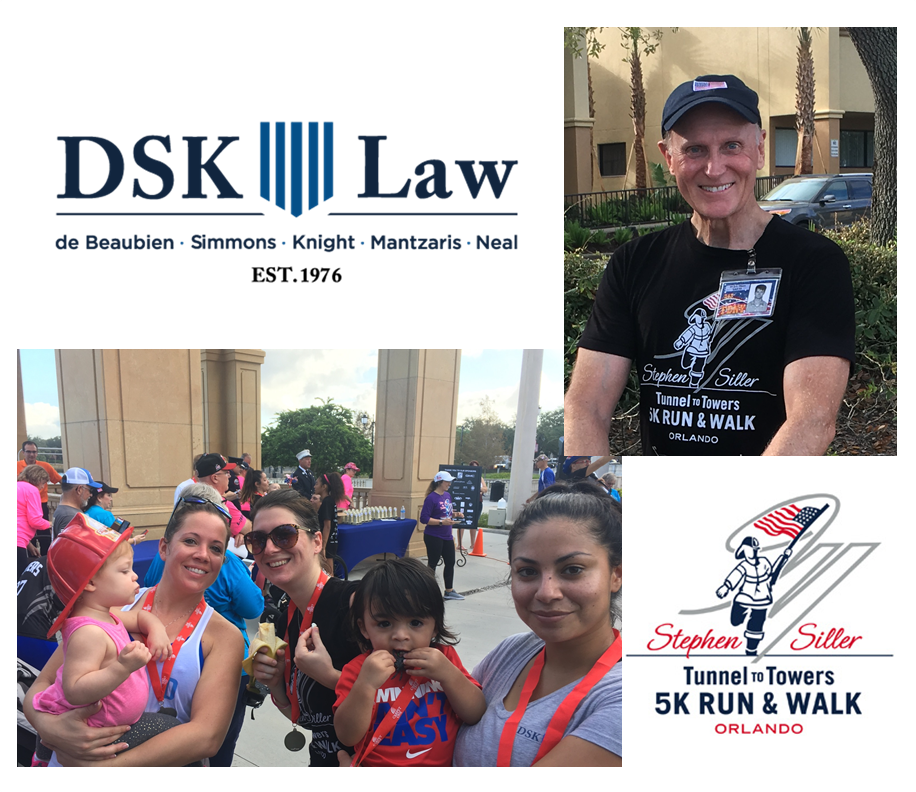