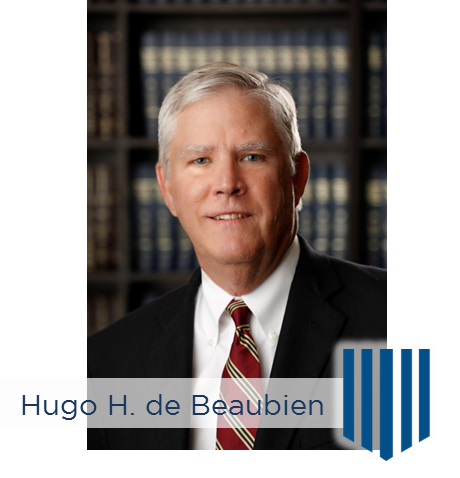 Founding Partner, Hugo de Beaubien,  recently received The Legion of Honor award from the Kiwanis Club of Orlando for his 40 years of exemplary service to the oldest Kiwanis Club in Central Florida. Hugo has served as a director, speaker chairman, and is a frequent and long-time volunteer in many Kiwanis projects including the Salvation Army Red Kettles at Christmas time.   Hugo has headed up the Kiwanis Red Kettle drive for over 30 years.  He is also a volunteer at the Ronald McDonald house, which is another Kiwanis Club of Orlando project.  The Kiwanis Club of Orlando was founded in 1927 and its foundation funded the first day care facility in Orlando over 60 years ago.  The Orlando Day Nursery even today serves numerous children of the community from its modern and large Lake Dot location in Orlando.