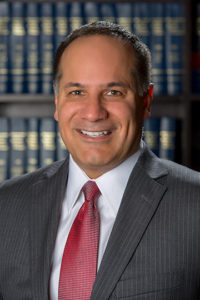 Ken Hazouri, Orlando office Partner, represents three clients sued by the United States Securities and Exchange Commission for hundreds of millions of dollars based on a real estate project that failed in 2007 with the onset of the Great Recession. Mr. Hazouri obtained a dismissal of the lawsuit when the District Court ruled that the SEC’s claims were barred by the five-year statute of limitations set forth in 28 U.S.C. § 2462.  The Eleventh Circuit affirmed the dismissal of the SEC’s claims for disgorgement and declaratory relief and, in so doing, became is the first circuit court in the country to apply § 2462 to those types of claims. Mr. Hazouri has an extensive background in commercial and civil litigation, appellate law and securities litigation. He was also recognized as Florida Trend’s 2016 Legal Elite.