The Florida Legislature is made up of citizen legislators – citizens who still actively carry on in their business & professional careers, and also dedicate their time to public service as members of Florida’s Legislature. We are proud to announce that David Simmons, a Founding Partner of DSK Law, has been selected as Florida Senate’s new President Pro Tempore for the 2018-2020 Legislative Term. David was first elected to the Senate in 2010, and in addition to practicing business litigation law with DSK Law, represents Senate District 9, which includes Seminole County and portions of Volusia County.

“The role of Senate President Pro Tempore is a position of significant trust and authority. Together with the President and the Rules Chair, the Pro Tempore is responsible for ensuring that we abide by the letter and spirit of the Senate Rules to ensure all Senators have the opportunity to advocate for their constituents,” said President-Designate Galvano. “Senator Simmons and I have both had the honor of serving as Rules Chair. We share a love of history and an appreciation for the rules and procedures that govern the legislative process. As President Pro Tempore he will ensure we maintain the high standards of fair and open civil discourse expected of the Florida Senate.”

“Over the years, David has been a reliable partner in working through challenging public policy and budget issues. We have all seen David’s unmatched work ethic and tireless determination to fiercely advocate for the issues and causes he supports. However, those of us who have served with David in both the House and the Senate have also witnessed the countless occasions where he demonstrates the same tenacity and dedication when speaking up for his fellow Representatives or Senators if he feels that a colleague has been treated unfairly,” continued President-Designate Galvano. “I am confident David will approach the position of President Pro Tempore with a level of respect we will all admire.” 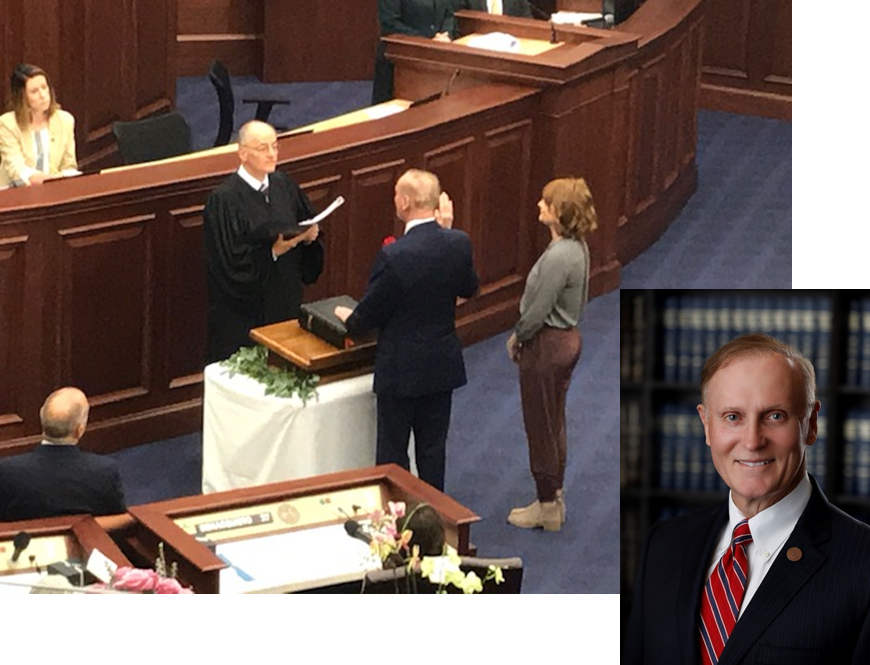